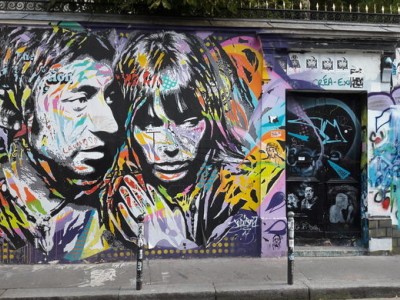 Charlotte Gainsbourg announced recently in the media that she wil relaunch her project to turn his father's house into a museum.The house, located just in front of the hotel Verneuil, has become a place of worship for the fans and has its facade covered with many graffiti, drawings and inscriptions in honor of the singer.This place is extremely valuable for the singer and actress and she did not want to change anything since the death of his father in 1991. The apartment seems like frozen in time "A butt of cigarette is still in the ashtray, the fixed line still rings and the many trinkets are at their original places ".Some rooms will however remain closed to the public, the bedroom for example.

Back
Enjoy 10% rebate on your stay with the promotional code: PRIVATEOFFER